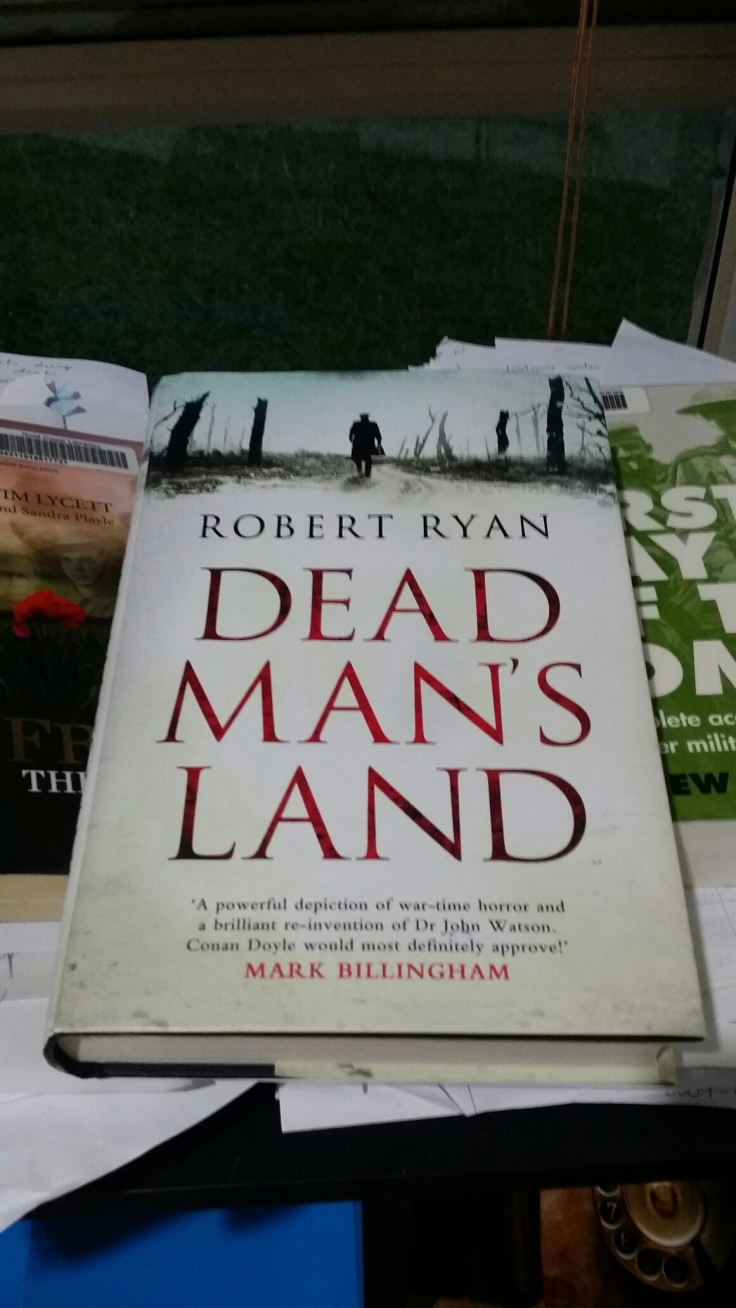 Deeply entrenched as I am in WW1 (no pun intended!), I happened to come across this book whilst browsing my local QBD book store.

Its a fictional crime thriller, which (for me), makes a refreshing change from the more factual aspects of the Great War.

What was so appealing about this book is the POV of the main character. A strong older man and a doctor, Watson’ s previous claims to fame are as Sherlock Holmes’ sidekick.

With his relationship with Holmes estranged, Watson finds himself tending to the wounded along the Western Front. Surrounded by the carnage, a series of bodies turn up, and Watson has to use his detecting skills once more to solve the murders in a place where thousands of soldiers are dying every day.

This book is so well researched, with heaps of historical facts and settings. Added to that, there are both strong male AND female characters. It is a great read, even more so as the character of Dr Watson has always been shrouded in mystery, always one step behind Holmes. 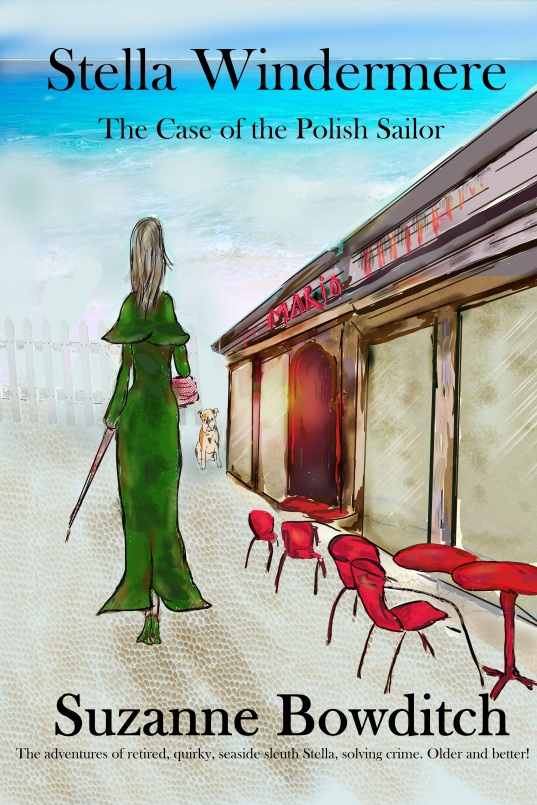 This is my book cover for my new Murder Mystery. Set in the town of south Wales, a murder has occurred, and amateur sleuth is just the lady to solve it!

When a body is found on the beachfront at Aberavon,  amateur sleuth Stella Windermere is intrigued. The police are confused as to the identity of the mysterious man. All they have to go on is an ID tag next to the body. When a well known member of the community is bludgeoned to death at a party, the mystery deepens. Quickly embroiled in the case,Stella finds that she has to use all her wits to capture the murderer, along with her new assistant, Joe.

Thanks to Jo Robinson Services at https://africolonialstories.wordpress.com for the book cover, great job! 🙂

Stella Windermere: The case of the Polish sailor

I am at the finishing up stage of a new Murder Mystery, set in my hometown of Port Talbot south Wales, called Stella Windermere: The case of the Polish Sailor. It’s the first mystery that I’ve written, and I’ve enjoyed every second of reliving some of the places, especially the beachfront, the docklands and the gorgeous Margam Castle and Park.

Here’s a taster of the story:

When a body is found on the beachfront at Aberavon,  amateur sleuth Stella Windermere is intrigued. The police are confused as to the identity of the mysterious man. All they have to go on is an ID tag next to the body. When a well known member of the community is bludgeoned to death at a party, the mystery deepens. Stella finds that she has to use all her wits to capture the murderer, along with her new assistant, Joe.

The mystery is due for release just before Christmas this year  and will be available on Amazon as a kindle and a book……:)

This book has been on my TBR list ever since I heard how good it was. It was mentioned as a ‘good read’ on The First Tuesday Book Club hosted by Jennifer Byrne a few weeks back. Usually, I don’t  like to read what they’ve recommended as I find the show a tad too arty, but the cover on this book appealed to me.

Boy, I am so glad that I found it (on offer, I must say) at my local K Mart – and BOUGHT it!. Its my best read so far this year (to get the perspective on that statement; I have read over 50 books so far for my Book Challenge 2016 on Goodreads).

It is beautifully written, amazing, I loved the plot, the characters, the setting, the mood of the book. You can almost feel the hot Australian sun burning on your back as you read it – its that GOOD! Each page makes you want more; each character is a potential suspect; you will not guess until the end who is the villain.

I read in one weekend; could not put it down….

Who killed the Hadler family?

Aaron Falk arrives in his hometown of Kiewarra, rural Victoria, for the funeral of an old school friend. Now living and working as a cop in Melbourne, he left Kiewarra under a mask of suspicion some twenty years ago, when his school girlfriend Ellie Deacon was found dead in the bottom of the river, her pockets filled with pebbles.

Now he returns for the funeral of Luke Hadler, a farmer, who has killed his wife and young son and set the shotgun onto himself. The river where Ellie was found is now a dry river bed, a result of the drought that has inflicted the area for the last few years, causing farmers to shoot starving cattle, and despair of the rains returning.

Falk just wants to pay his respects, and leave. He counts down the hours until his has to go, but then finds himself investigating the deaths with the local copper. In the process, he becomes untangled into the past and the ghosts that lay there, waiting to reappear.

So Luke is cast as a despairing, depressive farmer who has lost hope and killed his family as a result, or so the local town cops believe. Its a clear cut and dried case, but is it?

An atmospheric, mesmerizing thriller, that will leave you guessing until the end!